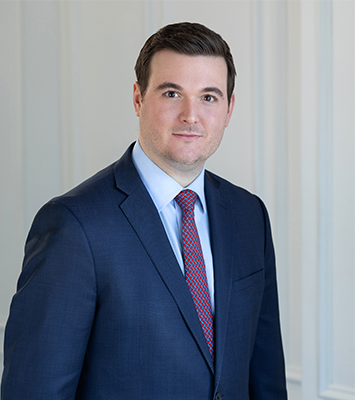 Marco is a Senior Associate Attorney with The Head Law Firm, PLC. He brings a wide array of litigation experience to the team.

Marco has represented both plaintiffs and defendants since he began practicing law in both the civil and criminal arenas. He has experience at every stage of litigation including multiple jury trials. As a young plaintiff’s attorney with a Detroit medical malpractice firm, Marco settled multiple cases with six-figure dollar amounts and worked on other cases that eventually settled for more. He successfully challenged large medical institutions represented by skilled and seasoned lawyers with his complex and nuanced understanding of the legal and factual issues underlying each case.

As a defense attorney with a large defense firm, Marco represented several of Michigan’s biggest insurance companies in civil suits. There, he helped successfully defend and dismiss claims against his clients, as well as recover attorney fees and costs incurred defending those claims.

Most recently, Marco was an Assistant Prosecuting Attorney with the Wayne County Prosecutor’s Office, where he was assigned to the Mortgage and Deed Fraud Unit. During his tenure, he successfully prosecuted complex, document-intensive cases and restored dozens of properties to their rightful owners. In addition to his work in the Deed Fraud Unit, Marco handled several cases from different units including prosecuting capital offenses where defendants faced a maximum sentence of life in prison.

Marco graduated from the Michigan State University College of Law where his peers selected him to deliver the commencement address at his class’s graduation ceremony. While in law school, Marco earned the Jurisprudence Award for Outstanding Academic Achievement in Family Law I: Marriage & Divorce after he obtained the highest grade in the class. He received his undergraduate degree from Central Michigan University where he was an active and involved member of the Phi Sigma Phi National Fraternity.

Feel free to contact me directly and send me an email at marco@theheadlawfirm.com.

Tell Us How We
Can Help You

Initial consultations are free of charge.